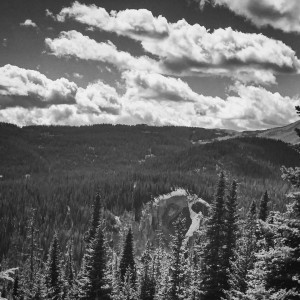 September 3, 2015. The kickoff date of my 2015 CO elk quest. A date burned into my mind since November 2014 when I decided it was time to make changes and start training for high country elk hunting like an athlete training for the big game. Countless 3 a.m. trips to the gym, numerous torture climbs up and down Red Rocks and Green Mountain Park with a weighted pack, and many miles of trail pedaled over followed. I also researched and upgraded my gear and spent hours at the range tuning my setup and educating myself on everything elk. Top that off with a few productive scouting trips with tons of elk spotted and I was ready to hit the high country and punch my tag on the screaming monster, the thing I envisioned all those times I needed an extra blast of motivation to finish that last set or climb the final 100 feet. 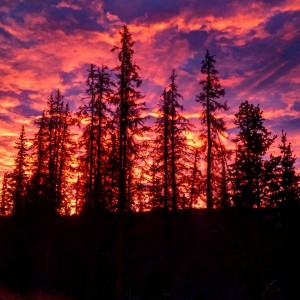 12,000 ft. appeared on the screen of my Garmin shortly after sunrise as I hit the mesa my first day out and I was hot on the trail of what seemed to be a decent sized herd. Above a shelf on the upslope of the mesa I found a freshly used bedding area in the tall wet grass along with lots of fresh sign, so fresh I could smell the elk that had recently departed. A fresh line of ascending tracks could be seen heading up the steep mesa towards one final group of trees before the landscape gave way to rocky tundra with sporadic waist high brush. The tracks were so fresh and apparent in the soft soil even a non-hunter could stay on course with them. I did a few cow calls and was excited when I heard a faint bulge in the general direction of the tracks, probably beyond the final group of trees. I quickly made my way towards the upper trees and, during the 10 minutes it took me to cover the distance, I watched a complete transformation of weather from partly cloudy, to dark gray skies, to me standing in the clouds, to an apocalyptic downpour. After an hour of holding up under a group of trees there was no sign of the rain letting up and every elk track in the area, new and old, now looked like identical muddy bowls of water depressed into the soil. So much for my tracking!

The second and third day brought even less luck as I struggled to find anything other than sign. The woods were silent except for the occassional sounds of 4-wheelers or side-by-sides strolling down the roads and trails in the distance. On the third day I decided to hit a good vantage point I had utilized while scouting to checkout a particularly treacherous downslope of a large mesa. I immediately spotted a couple of cows grazing their way up the grassy drainage towards a tree covered shelf just below the crest of the mesa. I 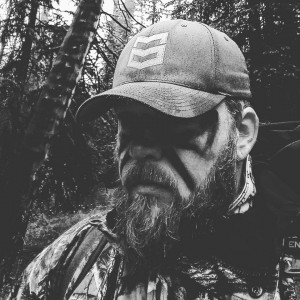 moved my spotting scope down along an aspen meadow and began glassing the small gaps in the aspen leaves. Through a slight break in the aspen canopy I saw what I had been waiting for, a large rack moving side to side while making its way directly up the mesa alongside the open drainage. I couldn’t see his body, but the size of the rack told me it was attached to the monster that had driven me through training so many times. I knew I didn’t have a prayer to catch up with them as the drainage was miles across a valley and the walk in would take a good hour or more. I decided to hit the mesa the next morning and hoped I might catch them working their way up one of the drainages. I played possible scenarios over and over in my head and each ended with packing the beast down the steep drainage or, even worse, up out of the deep dark timber hell hole below the drainage. I was good with any scenario as long as there was one!

I began traversing the side of the mesa towards the first of several drainages as the sun began to creep above the horizon. This is when I first discovered my ability to find free range cattle in the darkest timbers and nastiest of drainages. Nothing will make crap your camo more than climbing up a steep embankment through dark timber, in the dim hours of the morning, than cresting said embankment to find yourself face to face with a pair of eyes. These eyes happen to be attached to a jet-black cow (bovine, not wapiti) with a mouth full of grass. After realizing I wasn’t about to be beaten to death by a CO sasquatch, I pressed on. I worked my way along the side of the mesa to and through several steep and slick drainages and down into seemingly bottomless holes below the drainages with no fresh sign of elk. Cow calling produced only a few faint echoes, but not the response I was looking for. Starting to feel fairly discouraged, I drug myself off the mesa side to regroup.

The next few days brought more of the same. Lots of free range cattle, a few deer, quite a bit of fresh sign above 11,000 ft., one bear, and zero elk. With the exception of a few (like 2 or possibly 3) bugles in the dark hours of the mornings, the woods were silent. During my hunt I talked to several other elk hunters. Out of everyone I spoke with, only one group had seen anything which consisted of a few cows and a bull that was barely legal size.

As round 1 of my season started to become fairly depressing and defeating I began to think of all the factors playing against me:

-Although the nights were getting cold, the days were still getting pretty warm, even at high altitude.

-A full moon lit up the sky for the first 3 days of my hunt.

-I was hunting a unit I had only scouted twice and never stepped foot in prior.

-There was no sign of rut activity at all.

Keeping these factors in mind I also realized I had seen some awesome country, found several well-hidden spots that could be honey holes during rut, enjoyed talking with other hunters going through the same struggles, and had lots of time to reflect on how lucky I am to be able to spend time doing something I love in such an awesome place. I was also able to push myself to go where others wouldn’t and found myself in country where I could not find another human track anywhere. I was among the 10% that live hunting and don’t just go through the motions. In the backcountry during the first round of my season I learned more than the other 90% can learn in a lifetime of roadhunting my unit. I am looking forward to the next and final round of my season when my brother and I hit the backcountry in the same unit. I set out to walk away at the end of the season with an elk in my pack or to leave it all on the mountain knowing there was nothing I could have done better to punch my tag. This battle isn’t over yet. 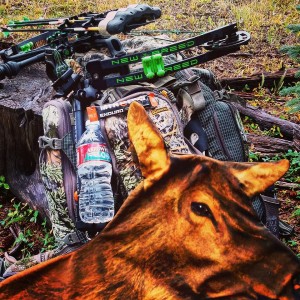 Key equipment for this hunt included the following: