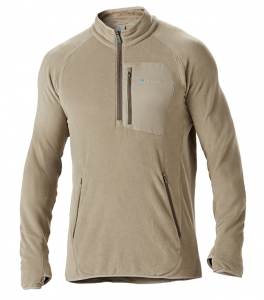 I have never been a fan of fleece unless it was built in as a liner to some other type of material. The fleece garments I have tried in the past always seem to have at least one flaw.  They were built poorly and fell apart, made too thin so the wind cut right through them, or they just didn’t fit or move correctly for various reasons, like they were built for fashion instead of function.  With all that in mind I have never relied on fleece as part of a layering system.  Even when I saw the Shenandoah Fleece Pullover from Pnuma on their website I didn’t think too much about it.  It then came up in conversation with a friend and he said he had been using it for a while and loved it.  Since I value his opinion and I have praised every other piece of Pnuma gear I have tested I decided to give it a try.  When it arrived a few days later I pulled it out of the personalized Pnuma dry bag and instantly knew it had a much greater chance of impressing me than any other fleece I had tried.  The seams and zippers actually appeared to be built to last, the material itself seemed a little thicker than other fleece I had tried (I couldn’t see through it which was a good start), and the kangaroo pocket seemed like a cool addition.  The fleece that makes up the Shenandoah felt a little different than other fleece.  It was still soft like most fleece but the spandex that is added to the material makes it feel like it was built with a purpose other than fashion.  This was confirmed when I put it on and moved around a bit.  Like all other Pnuma clothing, it has that athletic fit and ability to move with you without creeping up or shifting.  Pnuma continues to put thumbholes in their products that are meant to be used in a layering system which is a feature that all companies should include.   I was impressed and ready to try the Shenandoah out in the elements.

Since I received the Shenandoah Pullover I have tried it out in a variety of conditions. I first tried the Shenandoah out at the gym during a leg lifting session.  I quickly learned two things about the pullover: 1) It is really warm, and 2) it wicks moisture as Pnuma claims, just as well or better than most athletic clothing on the market.  I never would have thought that fleece could wick moisture like that, but if you wear it close to your skin it will do a good job of keeping you dry and regulating your 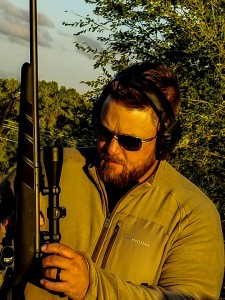 temperature.  I have worn the Shenandoah Pullover as both a stand-alone jacket and as an insulation layer under both the Pnuma Waypoint All-Season Outdoor Vest and the Insulator Hunting Vest.  It was comfortable on its own even when the temperature drops to near freezing and was excellent as a layer below the vests I mentioned while riding a quad around 10,000 feet on shaded trails when temps were in the mid-30’s.  I also sat high above timber line in those temperatures and glassed in the wind remained comfortable.  Probably the most surprising thing about the pullover was how much it stops the wind from cutting through.  I wore the Shenandoah Pullover under my upland game vest while training my GSP on a cool, windy Colorado fall evening and could not believe how little I felt the wind on my arms.  It stopped the wind just as well as most light jackets could.  I also noticed that day that the typical pieces of weeds, grass, seeds, leaves, etc. that typically stick to fleece didn’t do so all that much with the pullover.

The Shenandoah Pullover will be with me in the mountains while chasing elk and bear and also while hunting pheasants and coyotes in the Midwest this fall and winter. It will likely even be along for the ride at work this fall and winter on the days that aren’t sub-zero.  This is yet another great product from Pnuma that makes me look forward to being comfortable during the bitter winter days, although I may have to try Pnuma’s new heated vest when it gets that cold.  So many options from Pnuma!