You are here: Home / Mountain Hunter Box – Christmas Once a Month 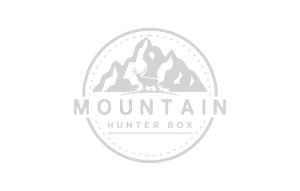 There seems to be a monthly subscription box available for pretty much every interest imaginable today.  There are boxes that deliver beer, yarn, clothes, snacks, toys, tactical gear, gear for all the zombie hunters out there, and of course hunting and outdoors.  Over the past few years or so, I have tried several monthly boxes of the hunting and tactical gear varieties.  Some have been decent to ok, some not so much, and one in particular was laughably terrible.  If you have a few extra bucks to spare each month, a box subscription is like a mini Christmas delivered to your door each 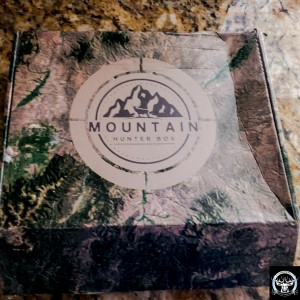 month…unless you subscribe to one that fits into the “not so ok” or “awful” category.  The bad thing is there is no real way to tell how good or bad any particular box will be.  Sure, you can usually find the past boxes on their website and see what was included, but you never really know if the next month may be filled with decals and garage sale items.  The last box I subscribed to was the Mountain Hunter Box.  I accidentally found them on a social media ad and the name is all that sold me initially as it fit the bill for what we primarily do in Colorado.  Honestly, I didn’t know what to expect and previous experiences had set the bar pretty low. 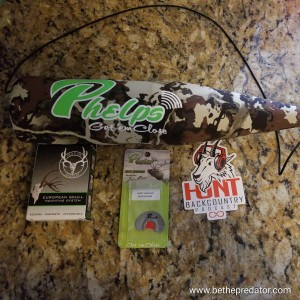 Shortly after signing up for the Mountain Hunter Box my first package shipped and it showed up a few days later.  As I cut open the package I was having flashbacks of some of the finer items I had received from other companies in the past.  Dollar bin-style multitools, 20% off random crap coupons (yeah, coupons), single sticks of beef jerky, an unfinished and unsanded box call for turkey (no brand), and my favorite…the fire stoker.  I’m sure a fire stoker is a thing, but this was simply a telescopic antenna from an 80’s boom box with the tip cut off so it was essentially a telescopic metal straw.  To my surprise and delight, however, the first (and every following) Mountain Hunter Box contained useful and high-quality items that actually serve a real purpose, and no filler!  After going through the first box I messaged Mountain Hunter Box to thank them for assembling a box of awesome gear.  They were quick to respond, very friendly, and open to feedback.  Once they even messaged me and asked for my honest impression of their product and if there was anything they could add or change to make it better.  If you have read my previous reviews you know that good customer service is very important to me, and Mountain Hunter Box gets an A+ in that category for sure.  Another thing I really liked about Mountain Hunter Box is that each month had some sort of theme to it which really brought everything together in a package that made sense instead of simply being a box of random gear.

Instead of listing every item I received in a six month period, I will simply highlight some of the items that I got the most use out of and/or was impressed with below: 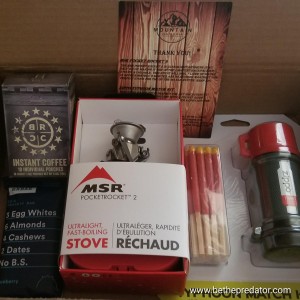 In an effort to always find something that can be improved upon with any product tested I am really left with nothing here.  Mountain Hunter Box solved the issues of filler crap and useless gear that I experience with other companies.  The only negative thing I can note isn’t specific to Mountain Hunter Box, but to all monthly subscription boxes, and that is not knowing what you are going to get.  This is simply part of the gamble to subscribing to a monthly box and, to me at least, creates some suspense leading up to getting your package which is a big part of the fun!  Even if I received an item that I wouldn’t necessarily use, I know someone that will. 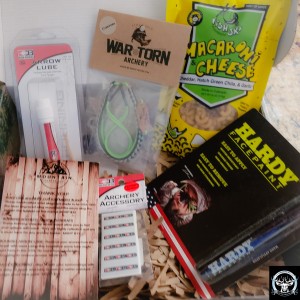