You are here: Home / Uncategorized / Doing 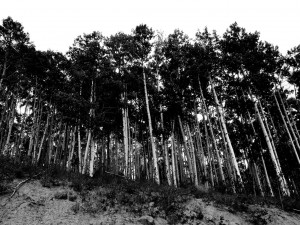 “A hunt based only on trophies taken falls far short of what the ultimate goal should be.”

What makes a hunt successful and/or makes you a successful hunter? A good portion of hunters could use one of the two definitions above to describe how they envision success.  No one goes on a hunt with the goal of not filling a tag so # 2 above probably applies to almost every hunter with the exception of the miserable bastard that only wants to get away from his wife or go on a week-long bender with his buddies, or as he calls it “hunting”.  There are also those that hunt for the sole purpose of # 1 above, with an emphasis on respect and fame as achieved wealth is not something that is synonymous with hunters (for the most part).  Everyone knows this person, or at least this person thinks everyone knows them.  To them, success is nothing short of an animal worthy of magazine covers and guest appearances at Cabelas.  This classification of hunter is a totally separate discussion, but you get the idea.  To me, success as it applies to hunting is best defined by #3, the empty spot above.  Let’s get into #3.

#3 is a one word definition that requires its own definition: doing.  The textbook definition of doing is: the act of making something happen through your own action, which isn’t a false description of how I envision “doing”, just very basic.  Doing is the time you spend training, researching, practicing, tuning, and learning in the time of year between hunting seasons, or as some call it, the “off season”.  Doing is that excitement and anticipation you feel leading up to a scouting trip, the butterflies you get in your stomach when you spot a giant herd of elk grazing exactly where your research and your gut told you they would be, or that feeling you get when a trail camera reveals that giant velvet muley staring directly into your soul via the camera lens.  Doing is that feeling you get as you load up the night before the hunt, the time you spend on the road with your hunting buddies on the way to your destination, the conversations around the camp fire you will never forget after a long day in tough terrain, and the early morning that you don’t want to get out of that warm bag but you do it anyway to get further in than anyone else on the mountain.  It’s seeing a giant silhouetted muley buck on the horizon at sunrise, hearing turkey drop out of roost or a pheasant crowing as the sun starts to glow, and hearing a bull scream back at your call.  The smell of a cool, damp fall morning in Kansas, the sound of snow crunching under your feet in the Rockies, packs of coyotes howling at you in the night in Texas……absolutely everything around you that you can touch, taste, see, smell, hear, or somehow experience in the field leading up to and/or including filling a tag or taking your desired game. 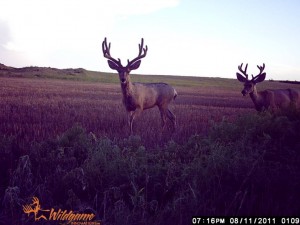 Sure, everyone wants to fill every tag or bag every animal they pursue, or as stated above, achieve the desired result of an attempt, so #2 is a piece of everyone’s definition of success. But for me it’s the doing that makes hunting special and makes up the bulk of my memories.  I will always remember my first turkey, my biggest buck, the first bird my dog pointed and fetched, and the great coyote calling sets I have been lucky enough to be on.  But those memories aren’t just a trigger pull or an arrow release; they are everything about the hunt as a whole.  Before, during, and after.  Although filling a tag is the basic goal that all hunts are built on, the act of hunting, the time in the field, and the memories that go with it, i.e. DOING, is the true success. 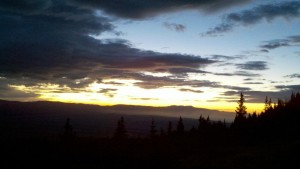