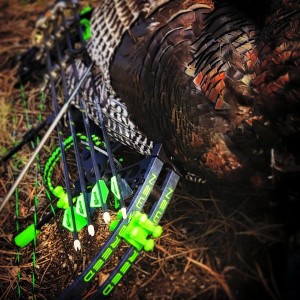 Until a few years ago April and May were just part of the long painful stretch of time between late winter coyote calling and go time, AKA September.  However, after picking up turkey hunting and getting my first Kansas Rio in May of 2013, I look forward to hearing the loud gobbles in the cool early mornings and evenings of spring time.  Turkey hunting is now just another piece of my ever expanding addiction that I look forward to as winter starts to melt away.  Between life not allowing me to chase elk and high winds every time I tried to hunt anything, 2014 was a cursed year for me and I was determined to knock the bad luck off and make 2015 an epic year.  The best way to start this year off seemed like making an attempt at my first high altitude Merriam turkey.  I had seen many of these nomadic birds over the last few years in the fall while elk hunting but never had a fall tag.  As luck would have it, I became acquainted with Matt Tezak, a fellow turkey hunter, when I was going through the process of becoming Pro Staff with RMR and he was gracious enough to invite me along for a Saturday morning turkey hunt that I will never forget.

The first time I actually met Matt in person was at 6 A.M. on May 2 in the quiet little hippie town known to some as Boulder.  We said our hellos, loaded my stuff in his vehicle, and hit the road to our destination.  I was jacked to be hitting the woods with someone of Matts’ caliber and experience and somehow knew that it was going to be a great morning of hunting.  We arrived at our spot and headed down into a steep and deep ravine.  It was dead calm, cool, sun rising on a clear sky, and felt like an absolutely perfect location.  It was the kind of morning that you as a hunter seldom gets but never forgets, regardless of filling a tag or not.  We setup on a rocky downslope overlooking a clearing above the bottom of the ravine in front of a large bush and Matt started calling.  I pulled my Heads Up Decoy out and stuck it in the one soft spot of earth I could find in front of me and off to my left a bit.  After a couple of minutes I joined in on the calling with a Primos diaphragm call and my secret weapon, a slate call Michael Hilyer, owner of Deepsouth Game Calls, made for me a few weeks prior.  Not too long after a tom in one direction started to talk to us, then from another direction, and another.  As the talking continued and the gobbles got closer it was apparent things were going to come together quickly.  I didn’t have time to get my GoPro out and setup but luckily Matt brought a professional camera operator with us, his daughter!  ( follow this link to video Tate’s 2015 CO Merriam Video) 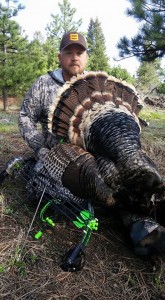 Within a few minutes a couple of fanned out toms and a hen moved into the opening below us from the left.  The toms immediately started working their way up the hill towards the sound of our calls and the HUD I had stuck in front of me.  Out of the corner of my eye I saw Matt draw back and settle his sights in on the closest tom that was now about 20 yards in front of and below us.  Matt let his arrow fly and hit just low of the turkey on a chunk of granite that neither of us noticed was there until it was all said and done.  The tom he shot at didn’t seem too concerned about what had just happened and walked off to the left behind a tree.  The events that had unfolded in the few seconds prior did, however, cause the second tom at 32 yards to freeze in place while he tried to determine what had just happened.  I was still seated and bent down behind my HUD as I drew my New Breed Genetix back, sat up straight, settled my sight pen directly on his neck, and smoothly pulled my release.  The Element Fire & Ice arrow went screaming down the slope with perfect accuracy and the 2 blade Rage hit with devastating results, causing the tom to drop where he stood.

After my shot the tom Matt had shot at worked his way down into the ravine with a hen.  We continued to call off and on for some time from various positions in the area and the toms continued to talk to us but didn’t have much interest in showing themselves as they settled into the dark timber with their hens.  During our calling one particular tom from deep in the ravine continued to talk to us but never showed himself.  There was something very distinct about him that I can best compare to an alpha male in a coyote pack.  If you have ever called coyotes and had several in the pack howl and bark back followed by that one deep and throaty howl that shuts the rest of the yotes up, you will understand what I mean.  This tom had the deepest and most distinct gobble that I have ever heard which made him sound like he is the alpha turkey (if there is such a thing) that runs all things turkey in that area.  I can’t thank Matt enough for the opportunity to hit the woods with him on this hunt.  There are still a few weeks left in the CO season and my hope is that we can get back up there and tempt Alpha Tom into range so Matt can stick an arrow in the king of the merriams! 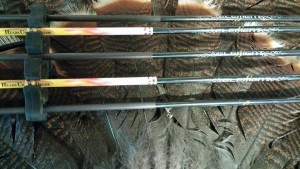 Since Be The Predator was started to share experiences and tactics to make us all more lethal predators, I decided I will start listing the key equipment/products/resources I used for the hunts I document.  For this hunt I used the following: 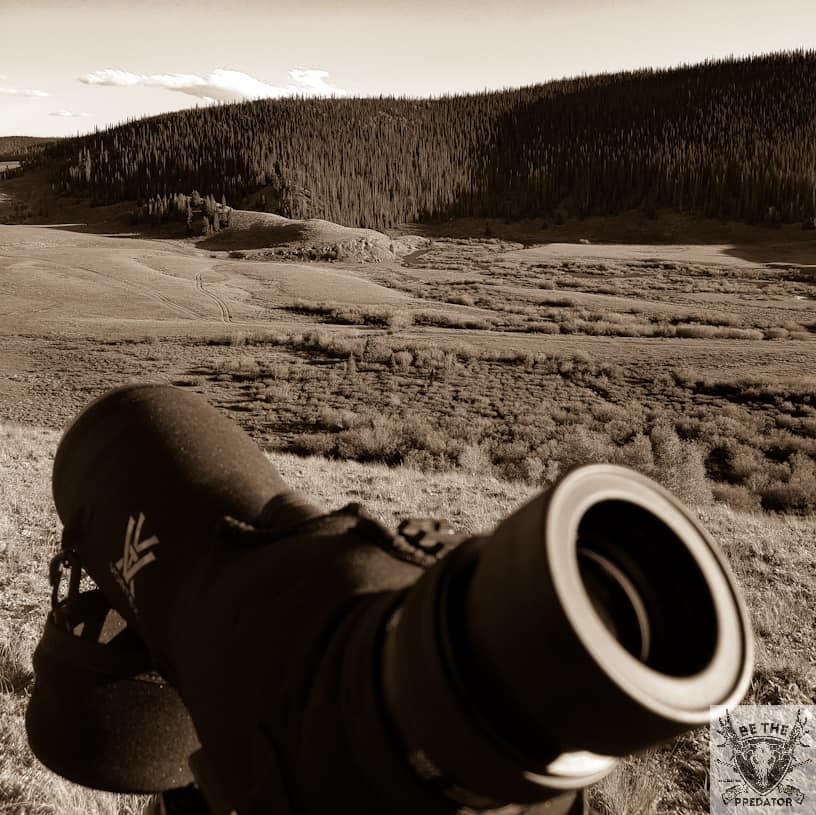