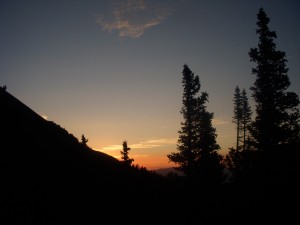 ev·o·lu·tion
ˌevəˈlo͞oSH(ə)n/
noun
1. any process of formation or growth; development

As I was pulling into the parking lot at my gym this morning I noticed it was about half full.  Not too out of the ordinary for a week day morning, but definitely different on a holiday morning.  But this was no normal holiday morning, this was “everyone start going to the gym immediately……for a few weeks” day.  New Year’s resolutions have begun.  By the time I left an hour later, the parking lot was much more occupied as people filed through the door with big hopes, dreams, and ambitions.  Don’t get me wrong, there is absolutely nothing wrong with this; motivation is what fuels change and growth.  Unfortunately for a large percentage of these people, that motivation and determination will be abandoned within the next month.  I know because I have done it myself many times over.  A few months ago I decided it was time for a lifelong lifestyle change and, for the first time ever, I am fully dedicated to that change for the long haul.  Besides the obvious reasons for improving fitness, I am completely charged and motived to become best and most lethal bowhunter I can be.

When I was growing up in KS the first deer tag you could get was an archery tag at the age of fourteen.  The desire to hunt deer and KS law is what got me into bowhunting.  I put my first tag on a deer at the age of fourteen, a muley doe that I shot with what is now archaic equipment, a Bear compound with no sights (because I could never get the old brass sights tuned for any kind of consistent accuracy), and a three fingered leather glove for a release.  Peep sights, what was that?  The arrows were Easton tree trunks with Twister broadheads.  I shot my doe in a corn field after stalking into 60 yards.  I somehow managed to stick the arrow through both lungs and she ran about 10 yards and folded.  Looking back I realize that was a very stupid shot to take but luck played in my favor that day.  Live and learn.  The next year I got a decent 4×4 muley buck near an old abandoned house using the same bow and equipment setup.  Every time I go back to KS and hunt around my parents house with my main hunting partner, by brother, I remember every detail and everything in that environment feels familiar to me like I am still fourteen and looking for my first deer.  I still get butterflies when I see a herd in the middle of a field, the cool air feels the same, the smells are same, and I still get the good ol’ buck fever shakes when we start working our way in on one of those KS monster, although I have learned how to keep it under control.

A lot has changed in my life since those days.  First school took priority (sort of) over putting time into bowhunting, then my career.  My wife and I moved to AZ for my job in 2006 and I all but abandoned hunting for several years due to focusing on work, with the excepting of never missing the opening weekend of pheasant season in KS.  As luck would have it, I was able to get transferred to Denver in the spring of 2010, something we had been hoping for basically since we moved to AZ.  It was then that I rediscovered my passion for bowhunting, predator hunting, and upland game hunting.  My brother and I made our very first attempt at elk hunting in the fall of 2011 with our uncle as a guide.  The weather was awful, going from a multiple day hot and windy dirt storm to an 18 inch blizzard.  Needless to say, we didn’t fill any tags but had a blast.  It was actually pretty miserable, but the memories will be everlasting, as will the holes that got burned into my sleeping bag (a story for a different time) and the drive it created will always be there.  Since then, we have been hitting deer season as often as possible and basically re-learning everything about bowhunting muley in what I would consider one of the toughest places in the U.S. to do it, the open range of Western KS.  Where the deer and antelope run, because they see you from five miles away since there is no cover anywhere!  After being out of the game for so long, I would say I have been doing fairly well.  I shot the biggest muley buck of my life (at least with a bow) last season and also stuck my first turkey last spring.  Thanks to my biggest supporter, motivator, and the most tolerant person in my life, my wife Michelle, I have been able to throw myself back into the sport and now I strive to be the best I can be.

I don’t believe in New Year’s resolutions.  It seems people randomly pluck some vague or unachievable resolution and call it their own not because it is what they really plan on doing but because the calendar changed and that is what people do.  I plan to change and evolve.  Between now and August (and beyond) I will be pushing myself as hard as I can in the gym, on the bike, in the mountains, and on the range.  I will not walk out of these mountains at the end of the 2015 CO archery season without an elk on my back or without knowing that I left it all on the mountain and nothing else could have been done to stick a bull.  The worst feeling in the world is knowing that if you could have physically pushed just a little more you would have had a different outcome.  I will not know that feeling this year or anytime after.  So here is to 2015 and hoping we all have a prosperous and successful year.