You are here: Home / Uncategorized / Creating an Addiction: My First Bowhunt 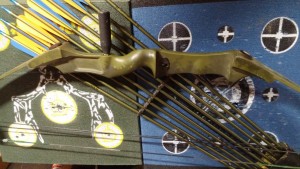 I wanted to hunt deer for as long as I can remember.  As a little kid growing up in Middle-of-Nowhere, KS, it seemed like if you looked hard enough you could always see mule deer, maybe a lone giant buck, maybe a whole herd.  Whether I was on the bus going to school, riding my dirt bike in the evening, or going out to fix fence in the early morning hours, I was always looking and there were usually deer around.  Back then if you made it outside in the pre-dawn hours of the October and November weekends, you could hear and see the vehicles coming down the dirt roads that were otherwise sparsely travelled and you knew without question they were bowhunters heading out to their favorite spots.  I envied those hunters heading out to chase the deer I saw almost daily on those cool fall days and couldn’t wait to do it myself.  It also didn’t help that every time I went to my friends house up the road I had to see what seemed like the biggest buck in history hanging on the wall.  In 1974 his father stuck a 224 6/8” non-typical in the county I grew up in which is, after all these years, one of the top ten non-typical muley on record in KS.  Deer hunting was all around me but, at that point in time, you couldn’t hunt deer until you were 14.  At that age, you could get an archery tag (you had to be 16 for a rifle tag).  So needless to say the summer I would turn 14 couldn’t come around quick enough.

I had shot basic fiberglass recurve bows off and on growing up, but it was usually something like shoot an arrow up in the air, run like hell, and hope it didn’t land in the top of your head!  Although usually creative, no one said kids that grew up in the country made wise decisions in their activities.  Anyway, sometime right around turning 14 I inherited a Bear Black Mag bow from my brother.  For those of you that don’t recall, bows were a little less sophisticated back then.  This bow had the old brass sight pins that you could almost never get sighted in, no peep sights, no drop away or whisker-type rests, no trigger releases, and aluminum arrows as big as saplings.  I was so horrible with the sights that I actually took them off and shot open sights with much more consistent accuracy.  I would slide my three finger bow glove on and shoot until my fingers hurt which took about 20 shots or so.  The last few nights leading up to the season opener in 1992 (I believe it was October 1st-ish back then) I could hardly sleep.  Come opening morning, my quiver was full of Easton Gamegetters arrows tipped with the hottest item at the local discount store, Kolpin Twister broadheads, and my hopes were high.

For whatever reason (I’m not a farmer) the corn that year didn’t fully mature, leaving circle after circle of uncut corn standing all through the fall.  Most of the corn circles had test strips cut out either all the way across them or just a few hundred yards into them which were typically full of deer all day long, especially in the mornings ad evenings.  I spent most weekend mornings out with my brother Travis and/or our friend Kyle chasing deer.  The part of KS I grew up hunting in has very few trees…you may actually have more in your yard than the entire county has.  This meant that if you weren’t on the prime lease land that held those few trees you were a spot-and-stalk hunter by default.  I have always said that part of KS was, is, and always will be one of the toughest places you could ever hunt muleys.  Lucky for me the corn was still up my whole “rookie” season.

I don’t remember the date exactly, but on a mid-October weekend morning Kyle and I were out and about on a search for deer.  It’s amazing we ever found any deer that weren’t running away for cover the way Kyle drove his pickup.  If you have never road hunted out of a single cab Ford Ranger going 95 mph down the dirt roads you haven’t truly experienced life.  Somehow on that morning as we were flying by a corn field we managed to see about 10 muleys standing half way across a corn circle in one of the test strips.  Somehow Kyle managed to bring us in for a safe landing just past the test cut without scaring off all creatures in the area, I pried my fingertips out of the dashboard after loosening my death grip, and we slowly moved back to the edge of the cut strip to take a look.  The muleys we saw, all does, were all standing around munching on corn and had no idea we were there.  We moved a few uncut rows in from the strip and started slowly making our way through the tall corn.  In an attempt to minimize noise we moved at a snails pace through the dry and noisy corn.  Kyle popped his head out into the strip every so often to see where we were.  At 60 yards Kyle and I both peeked out and noticed all the deer were standing and looking our way.  I knew that we wouldn’t get any closer and suspected we only had a few seconds before they all busted out of the field.  Being a rookie bowhunter I did something then I would (almost) never do now, I drew an already nocked arrow back and took aim down the arrow shaft.  I picked the plumpest doe standing broadside to me at what turned out to be exactly 60 yards and let the arrow fly.  I can still remember watching that giant arrow blasting away from my bow as it arced up and away and then slowly came back down to…..somewhere.  Either the excitement got to me or I blinked, but I didn’t see where the arrow went.  I asked Kyle where it went and to my surprise he told me I hit the doe.  We got up and walked down towards where she had been standing and found blood, lots of blood.  It took about 10 seconds to find the expired doe about 5 rows into the standing corn, the arrow had went right through her lungs and came about half way out the back side.  I pulled the tag I had waited forever to get out of my pocket and signed it with pride and my rookie season was a success.

As a kid growing up I never understood why I couldn’t get a rifle tag until I was 16.  Now looking back I know that if it wasn’t for the age limits of that time I would most likely not be a bowhunter.  I still dabbled into rifle hunting with success after going away to college because I didn’t havetime to dedicate to archery, but bowhunting was always my true passion when it came to deer hunting.  My career hindered my ability to do much hunting at all for quite some time until we moved to CO about 5 years ago.  I have since become more dedicated to hunting than I imagined was possible, with an emphasis in three areas: bowhunting, upland game hunting with my GSP Remi, and predator calling.  No matter what I am hunting, where I am doing it, or the excitement it brings, nothing will ever compare to that first shot that forever made me a bowhunter. 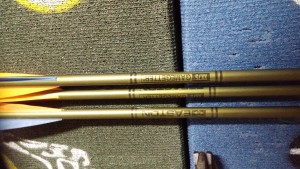